Encouraging more to take on this fantastic sport

The England Amputee Football Association's (EAFA) aim is to provide people who are amputees with the opportunity to play football locally, nationally and internationally. So if you are a survivor, ex or serving military, or limbless for any other reason, the EAFA encourages everyone to try this fantastic sport!

The EAFA works by directing new players to their local club (sometimes a multi-disability club) where they can play football, supporting and developing these clubs through awareness of amputees needs and supporting those willing to start Amputee Football Clubs across the country. The EAFA also importantly provides support to the National team (Great Britain Amputee Football) enabling the team to represent GB at European and World Events through providing access to training and funding support. 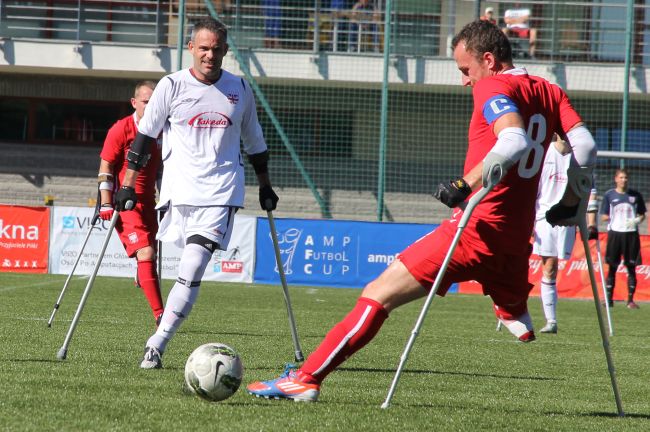 Dave Tweed, current Vice Chairman, Development Officer & Amputee coach has worked with us at Oarsome and helped facilitate the use of the Oarsome Grips amongst the squad.

"The players who started using the Oarsome Grips have really come on leaps and bounds, the Oarsome Grips have enabled them to focus on getting strong and developing technique rather than concerning themselves with how their hands are going to cope and whether they will become a problem during training. This has had a positive impact in them as individuals and their personal performances at this years competitions have been more consistent, which was great new for the squad as a whole."

If you fancy yourself as a footballer or want to get back to the sport, check out their website here: www.theeafa.co.uk